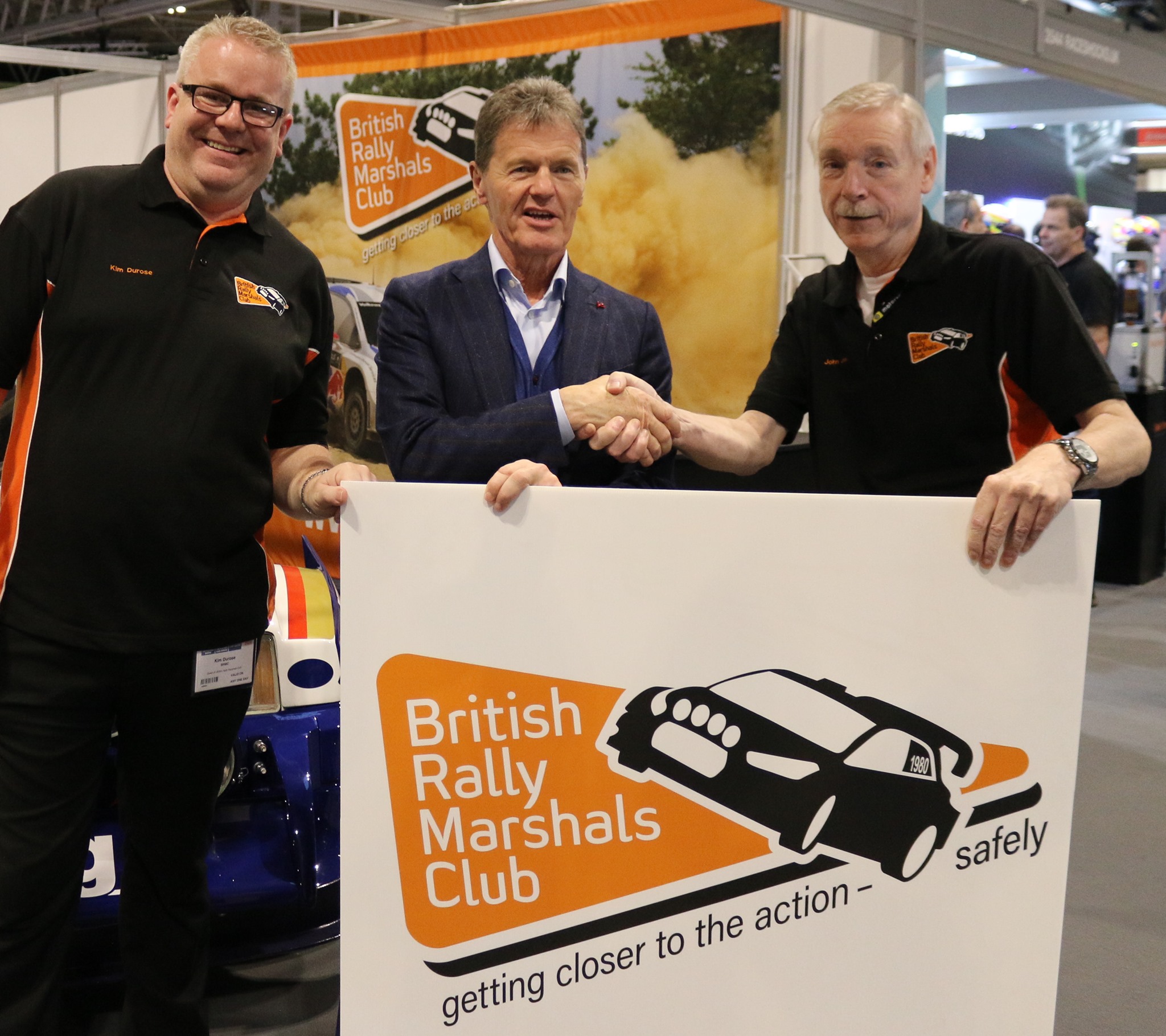 The British Rally Marshals Club (BRMC) has unveiled a new identity at Autosport International today (9thJanuary, 2020) as it embarks on a celebration of its 40th Anniversary this year.

The new look logo has been designed by club member Kim Durose following a competition open to all members to create a design that reflected a fresh, new, innovate and modern look for the BRMC.

Speaking after the launch BRMC Chair John Jones said: “We were delighted with both the response we received from club members to the competition and the quality of entries.

“The committee particularly liked Kim’s submission and with a few tweaks at the graphic design stage we’re really pleased with the end result that we are launching today.

“Motorsport at every level relies heavily on the support of the volunteer marshals so it’s important we present a modern, innovative and forward-looking image to the wider public at events such as this when our key objective is recruiting new members.

“We look forward to celebrating the rest of the BRMC’s 40th Anniversary year and welcoming others to our club.